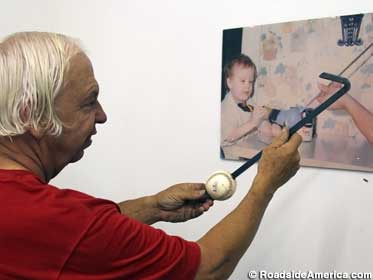 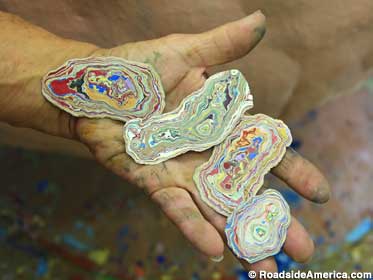 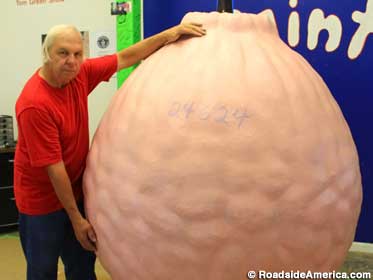 Directions: From Alexandria, drive west two miles on Hwy 28. Turn left (south) onto N. 200 W. Drive across the train tracks, then go straight through the stop sign. You’ll soon see the World’s Largest Ball of Paint sign on the left.